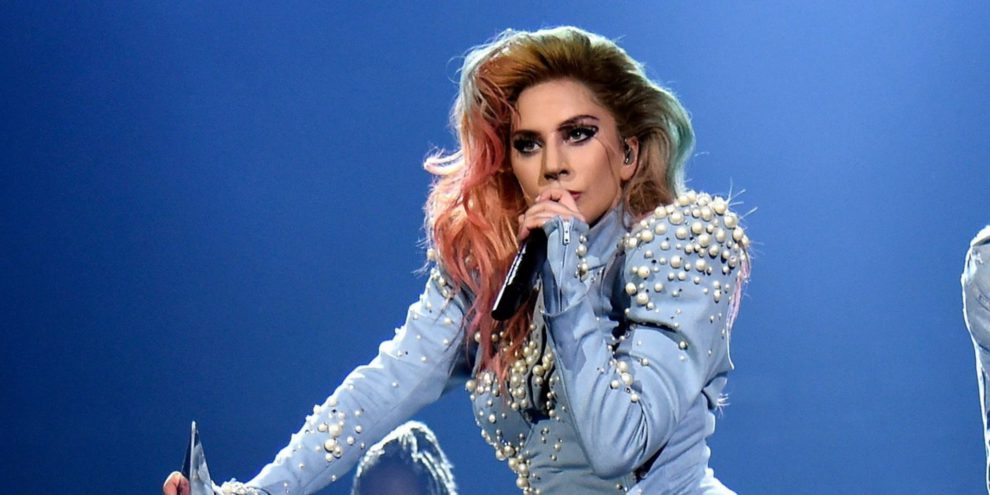 At Lady Gaga’s Joanne Tour, There Are A Million Reasons To Keep Going

After the first set, Gaga told the crowd that an hour ago, the producers told her it was raining, and the stage was broken, and she might have to cancel the show. But Gaga could not be deterred. “They told me that the stage was broken….and I thought, well, I’m not broken.” We all cheered. The rest of the show was filled with Gaga stomping around the water puddles on the stage, writhing around on a wet piano. Who needs special effects when you have Mother Nature. “This is free production, people!” she yelled. YES, MOTHER MONSTER MERMAID QUEEN, YES!!!!

During “A Million Reasons,” Gaga sat at the piano, drenched, wearing a crystal-covered floor-length coat, and paused before the first chorus, looking straight at all of us through the Jumbotron, like a prophet come down from a diamond mountain. “If you’re an artist, don’t you dare give up.” And a thousand prayer emojis were born.

Let me interpret her words for our collective cosmic energy:

As we move fresh out of Hurricane Harvey, straight into Irma, with wildfires and earthquakes and tsunamis and political trash-storms surrounding us, listen to Gaga. Some things are broken, but you are not. There’s nothing like a dramatic background to bring the clearest voices into sharp focus. You have something to offer, don’t let it go. Don’t give up, sparkle monsters. Give it your everything.