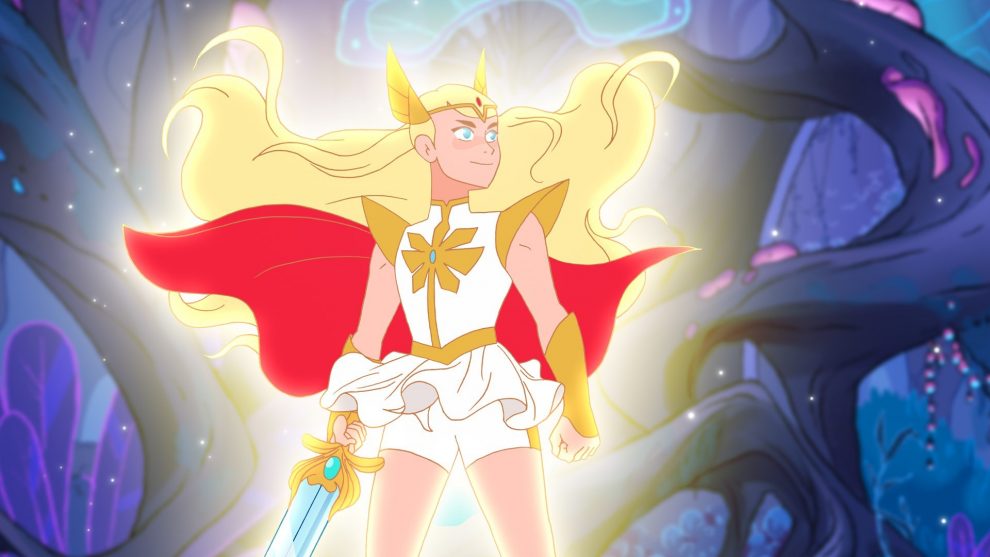 Who’s Excited for She-Ra and the Princesses of Power?! As a kid I was a solid 5 hour-a-day tv junkie! (Yeah kids thats what we did before You-Tube bingeing.) So when we talk about fond memories, I’ve got more then a few filled with nostalgic 80’s cartoons and shows (Facts of Life anyone?). But the budding feminist I was loved two cartoon ladies more than all the rest: Jem and She-Ra. While it was unlikely that I would become a rock star who ran a non-profit while catfishing her own boyfriend, it was even MORE unlikely that I would be able to lead brightly colored rebellion while riding a rainbow-winged Pegasus. But that didn’t stop me from dreaming and cosplaying to my heart’s content. 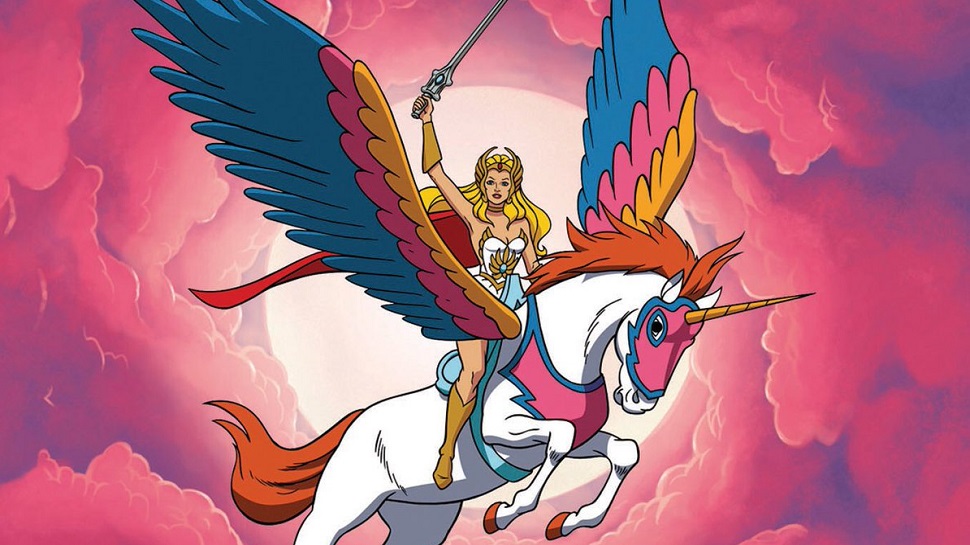 When I heard that they were making a live action Jem movie in 2015, I was so excited! (About as excited as I was to stumble upon this Jem and the Hologram inspired hair.) But then I saw the movie reboot and I was… less excited. Okay, it was terrible. They tried, kinda, but ultimately they failed to deliver, choosing to abandon the stuff fans loved (Jem without the Misfits? I mean, SERIOUSLY?! They’re songs were better, btw. Fight me.). It was sad, but I put the pieces back together and moved on.

But Sometimes Re-boots Are The Best!

Then last year, Netflix announced that they were going to be streaming an updated version of She-Ra. I read the series details as they were released. I could choose to shelter my heart and avoid this update. But I’ve decided that true love is worth the risk. This update sounds FANTASTIC! Noelle Stevenson, creator of the comic series “Lumberjanes” is heading the show up, so that’s already a HUGE checkmark in the plus column (and if you haven’t read “Lumberjanes”, do so, immediately It will do your heart good.).

You know what? Watch the season 1 preview: Season 1 Trailer | DREAMWORKS SHE-RA AND THE PRINCESSES OF POWER

The animation style is definitely a bit of a departure from the original, but I really think kids are going to dig it–my condolences to the middle aged men who seem to be most negatively affected by this turn of events.

Story-wise, it looks like it is following the original pretty closely. Adora was a girl who was kidnapped as a baby, raised by Hordak, rising through the ranks until she becomes a loyal officer of the Evil Horde. Then one day she discovers that the rebellion she’s been working to quash might actually have some valid concerns. One of the creators of the original series, J. Michael Straczynski has been vocal in his support of what they’re doing over at Dreamworks with this series, so that’s another big ol’ checkmark on the plus side.

Another notable change is that they’ve adjusted the title from “She-Ra: Princess of Power” to “She-Ra And The Princesses of Power”, implying much more of a team work element with all of the fantastic and colorful supporting characters of the rebellion. I’ve got to say, that team work focus has really worked well for another 80’s classic that was reinvented fairly recently, “My Little Pony: Friendship is Magic”.

Get your friends, put on your best white and gold mini-skirt, and prepare to binge all of the power November 16 on Netflix!

What old cartoons would you like to see get a new lease on life? Leave your picks in the comments, and feel free to express your full live-action dreams! I mean who didn’t love Beauty and the Beast re-boot, and what about this live action Little Mermaid?!

What Unicorn Food Are You?
Sabrina The Teenage Witch
Comment