Crayon Pop and CD9? Who are these people! LOL! Amazing?

I don’t know if I am in love, or if I am dying of laughter?! Um, this video is interesting to say the least. Crayon Pop (a K-Pop Girls Group) recently teamed up with Mexican boy band CD9 on “Get Dumb” for reasons I don’t quite understand, but whatever.

The song is sorta basic and … uh, I mean it’s basically the best track ever and is destined for international pop glory. LOL. 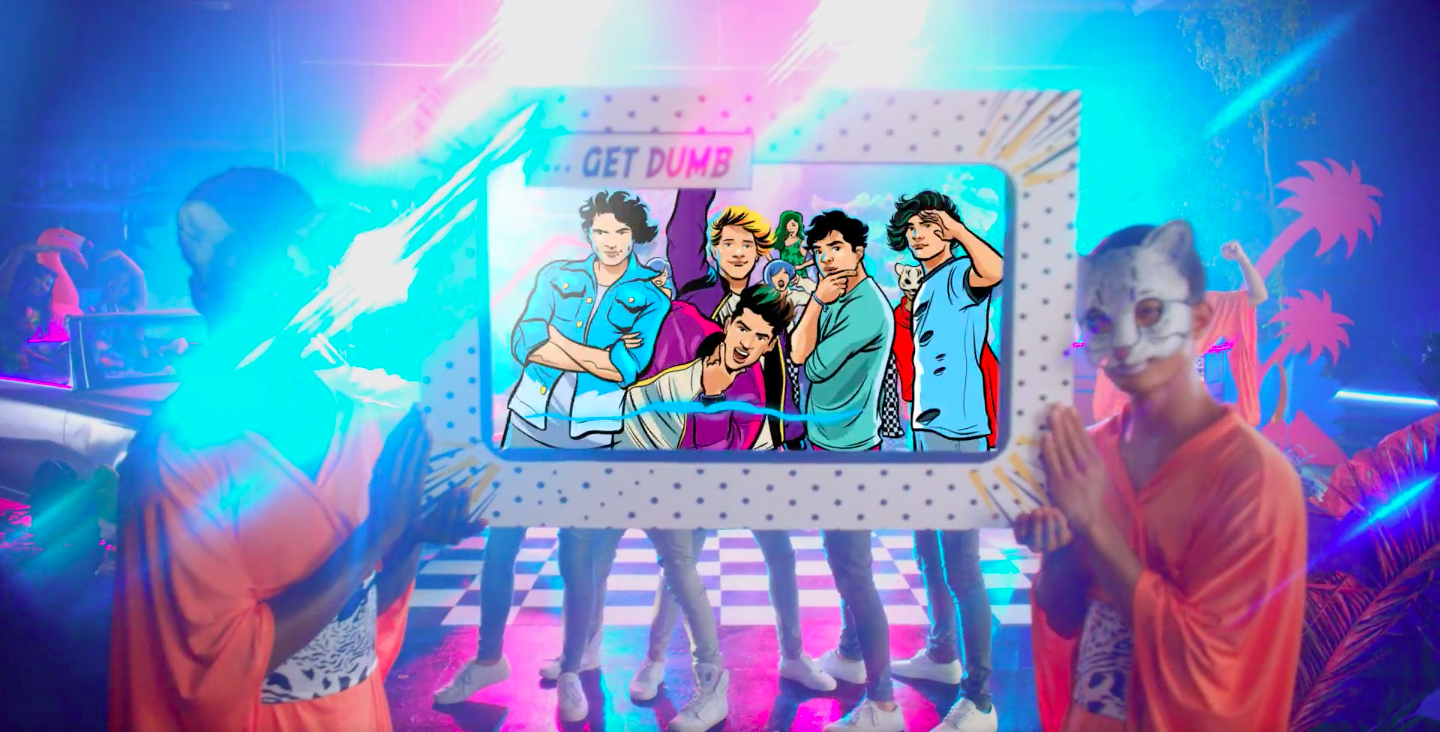 Somewhere between the cartoon 80’s treatment and the sporadic shots in a hot tub, the bubble gum pop beat will get stuck in your cranium and cause you to be chanting “Let’s Get Dumb!” all day. So watch with caution. That being said our most inspired scene has to be the dancing cats. I am sure the quality artists at GIPHY are on top of this to create an instant classic. 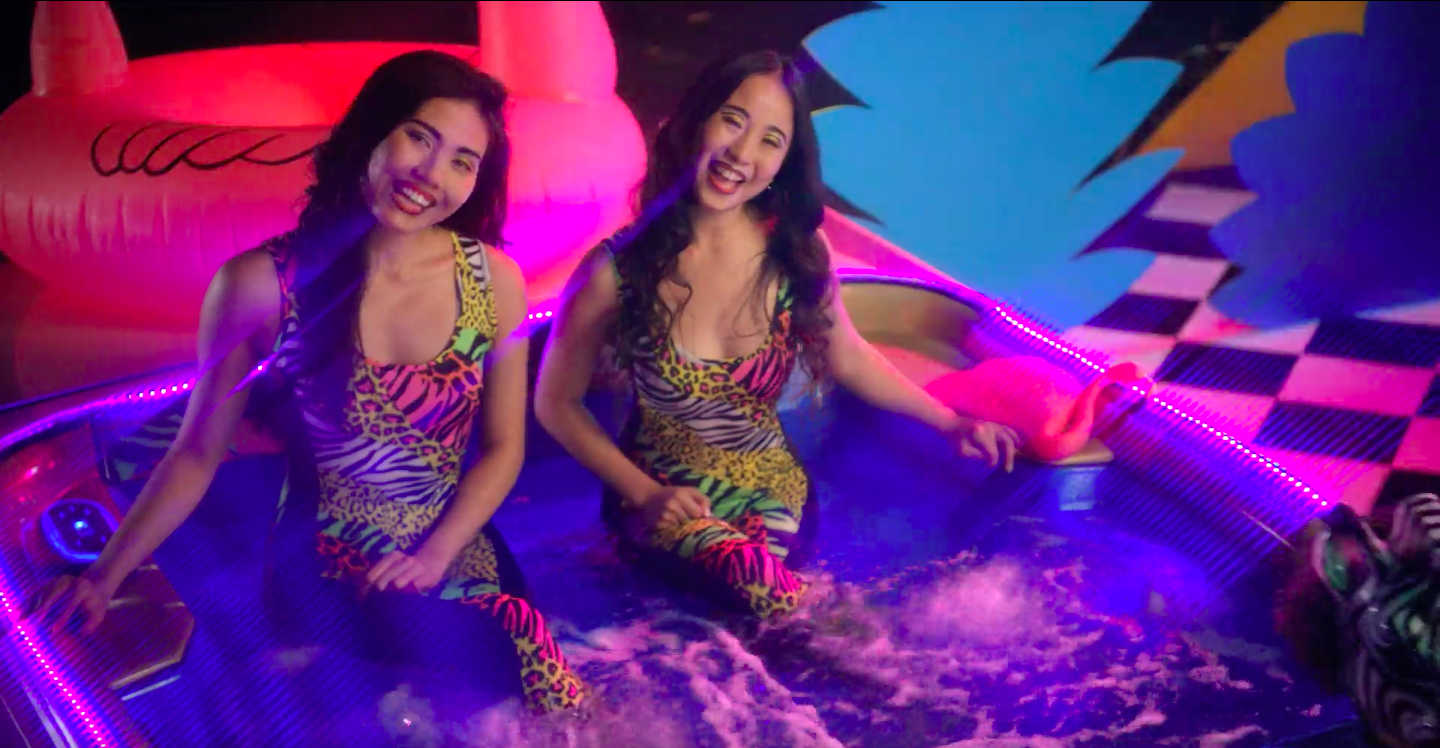 Crayon Pop’s music is often described as electropop and disco-pop dance music with addictive and repetitive lyrics and melodies. Their first single, “Saturday Night”, was a 1980s-inspired “electro-pop dance song with a retro melody”. After the release of “Bar Bar Bar”, Corynn Smith of MTV called Crayon Pop “a disco-pop K-Pop group that is obviously having a blast” with “bafflingly simple lyrics and unexpected choreography.” Pops in Seoul described “Lonely Christmas” as “a dance song with funk and disco sounds”, while Billboard magazine noted the song’s catchy hook and energetic synths, trumpets and guitars. 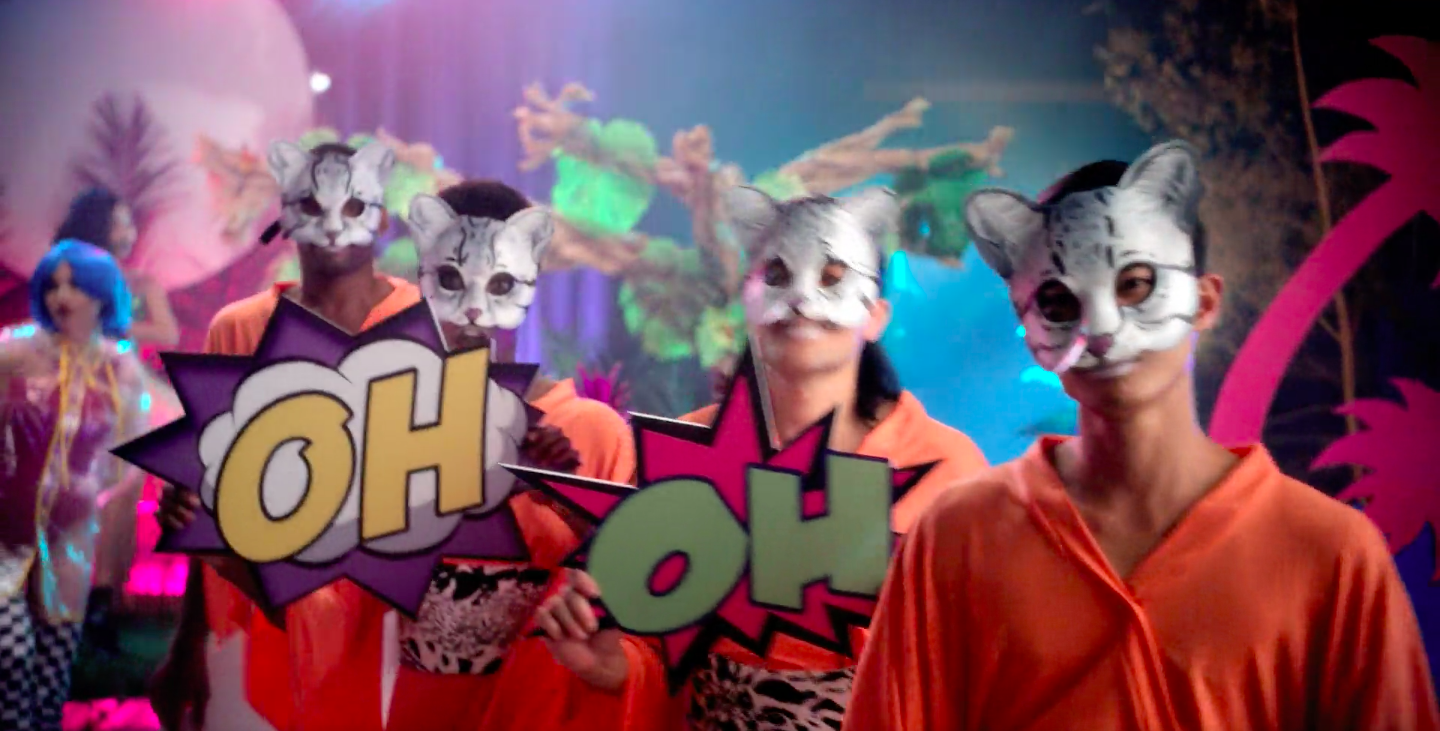 CD9 are a Mexican boy band formed by Jos Canela, Alonso Villalpando, Freddy Leyva, Alan Navarro and Bryan Mouque. They started in 2013, in Mexico City. Members came up with the name because they claim that term —which is an acronym for “Code 9” —is used to change the topic of conversation and that reflects who they are. In 2016, they performed the theme song for the film Teenage Mutant Ninja Turtles: Out of the Shadows. The song was an updated version of the theme song for the original cartoon TV show. 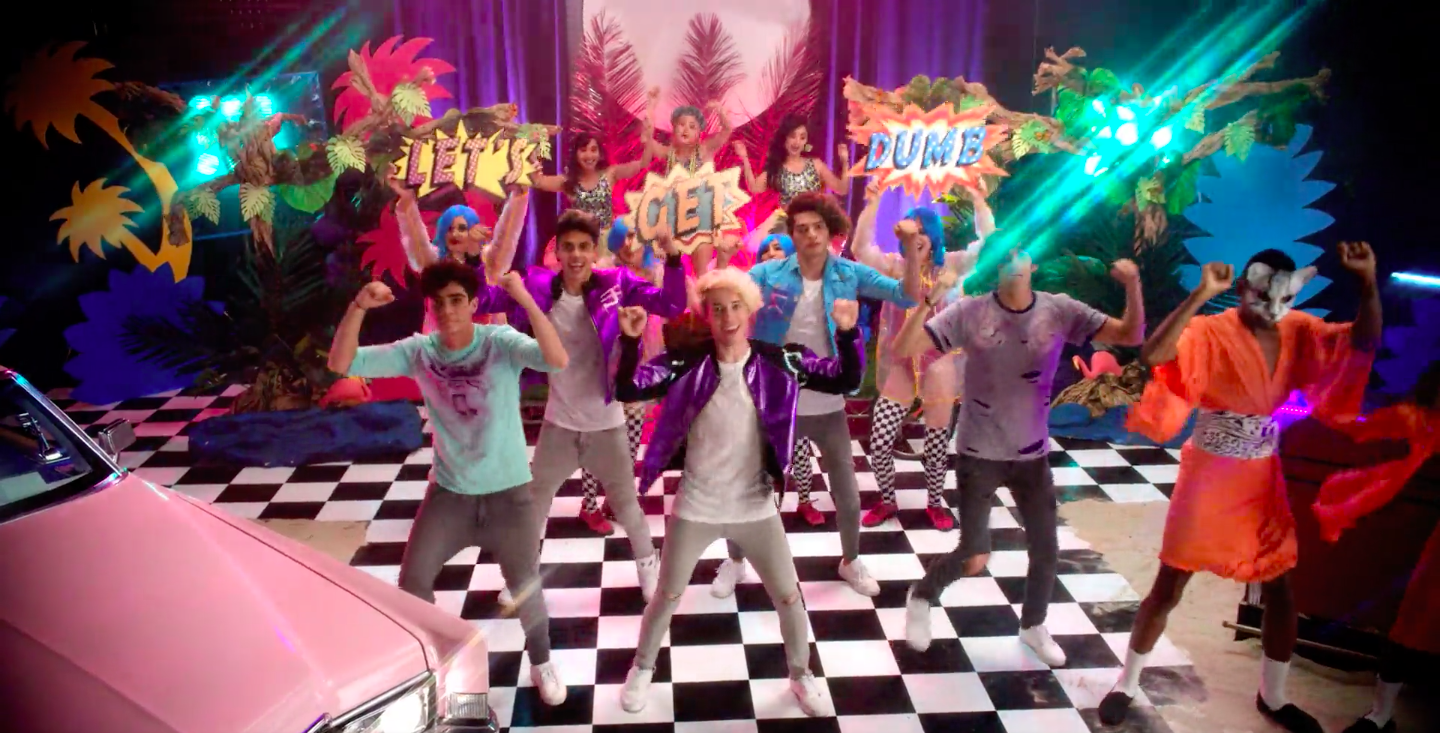 Disney’s The World of Avatar
CES Robot is the Cutest Robot Ever!
Comment