Sometime after Katy Perry flew in giant planet singing Thinking of You, dressed in a sequin caftan and the same silver beaded wig my mom wore on New Year’s Eve 1989, and before she sang Goddess, she also CALLED A COUPLE ONSTAGE FOR A SURPRISE PROPOSAL. 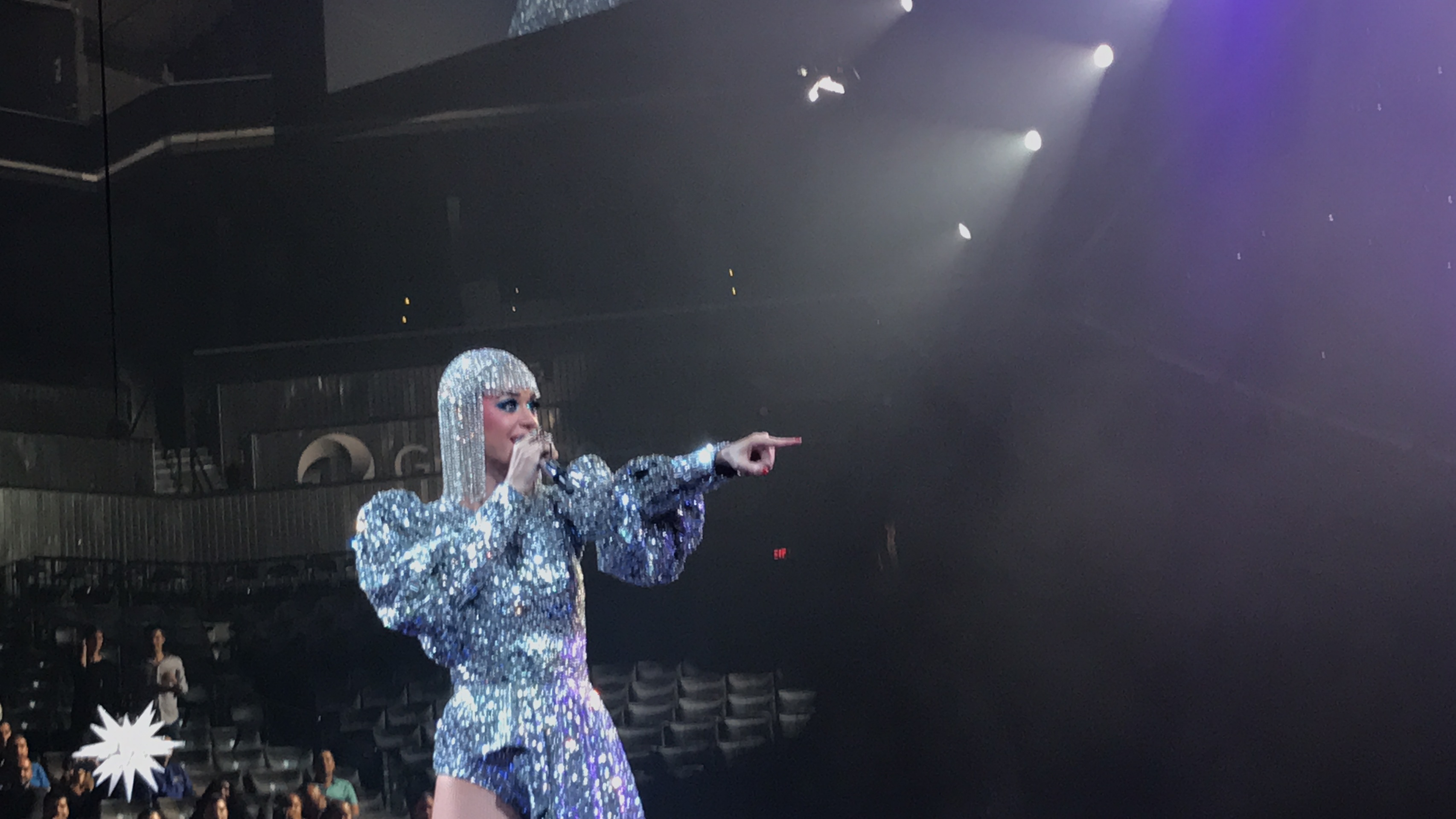 Katy asked if anyone needed to make a wish on shooting star that she happened to pluck from the sky. Obviously we all screamed because, yes, in 2017 we all have some major wishes to make. But she didn’t pick anyone from the pit. Instead, a super cute lesbian couple came onstage, wearing matching clear glasses. One woman was even named Katie – and we were all OMG, COINCIDENCE. Except it was not a coincidence, because it was also the birthday of Becky, Katie’s girlfriend. There are no accidents when it comes to love!

THEN, Katie took Katy Perry’s mic, dropped to one knee and PROPOSED TO HER GIRLFRIEND, BECKY. Katie described Becky as “beautiful even without makeup, as you all can see,” and all of Barclay’s Center went, “awwwwww.” Then she said, “Will you marry me,” and I swear we were all ON THE FLOOR DYING FROM, LOVE, EVEN KATY PERRY WHO WAS TRYING TO GET OUT OF THE WAY BUT YOU CAN’T HIDE IN SEQUINS. Becky does have good hair, btw. 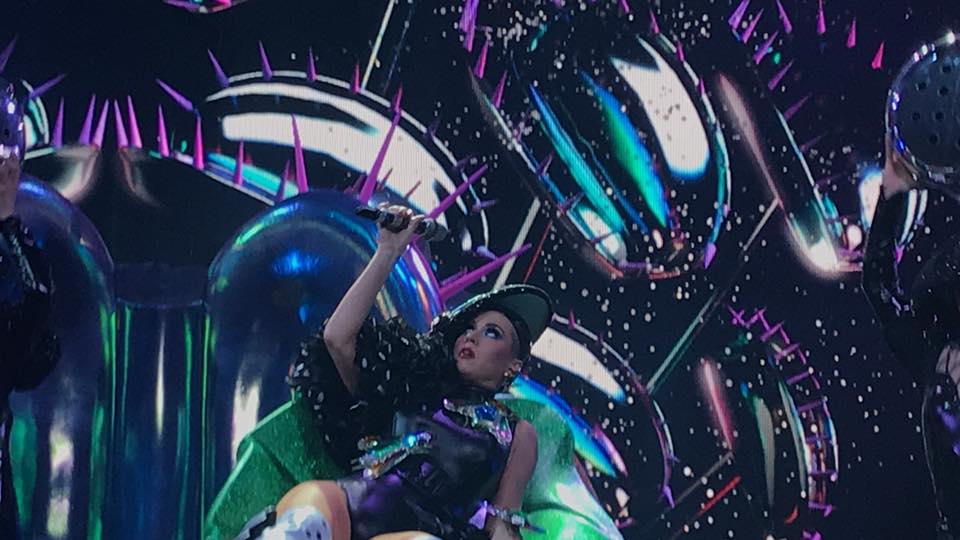 Better yet, it is National Coming Out Day. Love wins. We all win. LOVE IS REAL AND KATY PERRY IS A GODDESS.

Congratulations to Katie and Becky!

Jurassic World 2: Is Gonna Scare The Bejesus Out Of You!
Katy Perry Loves A Witness Tour Recap
Comment